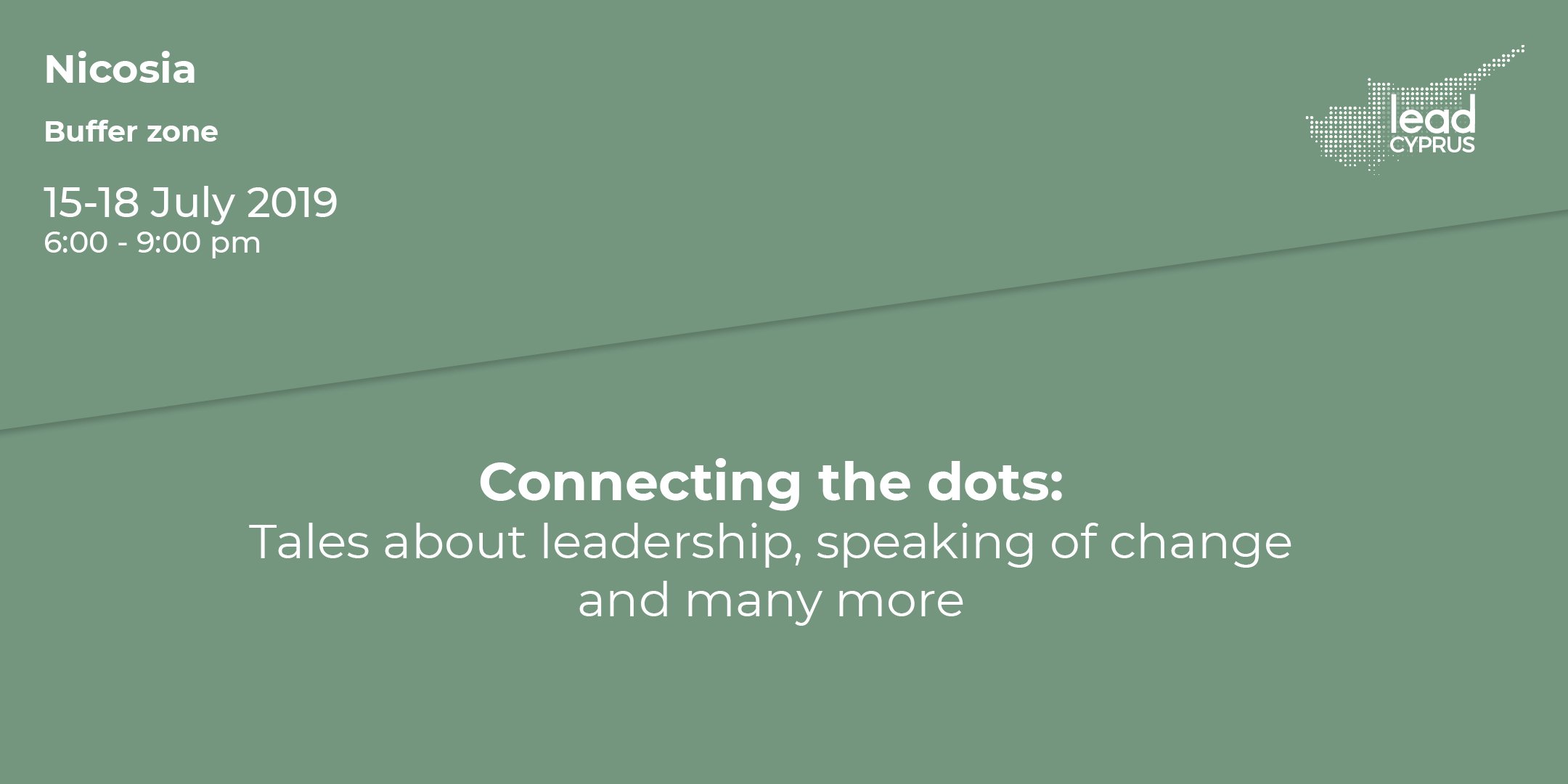 And now, we are officially up and running! Every city’s thematic day has been announced this past week and we couldn’t be more excited about it! It’s going to be a GREEEEAAAAT Summer!! So what has been happening behind the scenes in order to finally formulate these topics and thematics? Let’s take a sneak peek into our process and our timeline!

Back in January, when we created the first unofficial launch event, we reached out to stakeholders and entrepreneurs in order to see if our thoughts were shared and feelings mutual. They were, and the feedback came in big waves as we embarked on a journey to find out how many initiatives can co-exist under one major umbrella. Well, a lot, as it turns out!

Our second move came when we had this crazy idea to jump on the bus, originally to visit every city one by one and then to circle back around better time management. It was really a crazy ride! The first route, the South West one, started from Nicosia and ended up in Pafos. We had many cancellations, last minute ones for sure, the day of too, a lot of no shows...but grit is a powerful trait. We wouldn’t let no shows bring us down! The participants that did show up were in for a treat! In a small but cozy physical space, conversations and relationships thrive! So we chatted our way to Pafos, where at Neapolis University we united with Pafos’ interested parties and stakeholders to continue the discussion on a live stream.

Thanks to DisruptCyprus, we got the word out online, and months later many people shared that although they didn’t know if they could jump on the bus with us, they felt closer because they shared the views of the discussion via the live stream. #honored

We then poured through the data we collected,. Some of the data points included initiatives in every city, entrepreneurial happenings, who is organizing what, the needs and desires of each city, access to information, access to important tools, proximity to the green line, and so on. Each city had similarities to at least one other, and all of them were so similar and different at the same time. It was like driving a car in multispeed. Thanks to amazing partners around the island in every city, we got to realize at least the root of each problem and worked our way up from there. What was missing? Inspiration, Basics, Tools, Collaboration, and Information disseminated evenly island-wide.

So, that’s how we ended up working endlessly since the end of March to, 3 busy months later, announce our amazing thematics, filled with out-of-this-world topics that will empower all citizens, no matter how entry-level or later-stage they are on the entrepreneurial level. Dialogue is the key, and some topics are there to foster the economic dialogue around the island while others exist to spark a discussion about failure, about change, about the future of our generation and beyond.

So don’t be hasty, pick a day or a location and get your daily dose of inspiration!! And thus, the thematics are:

Kyrenia - Let's Talk Business: A Guide to Business Basics for Every Age! 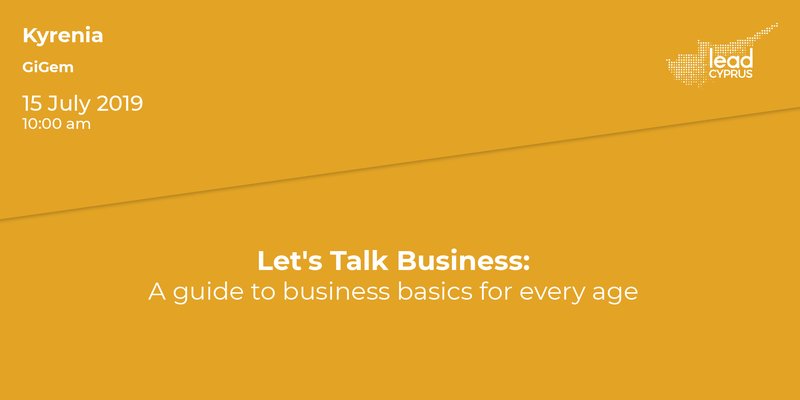 Famagusta - StartUp Your Future: An A-Z Crash Course in Entrepreneurship for Every Aspiring Entrepreneur 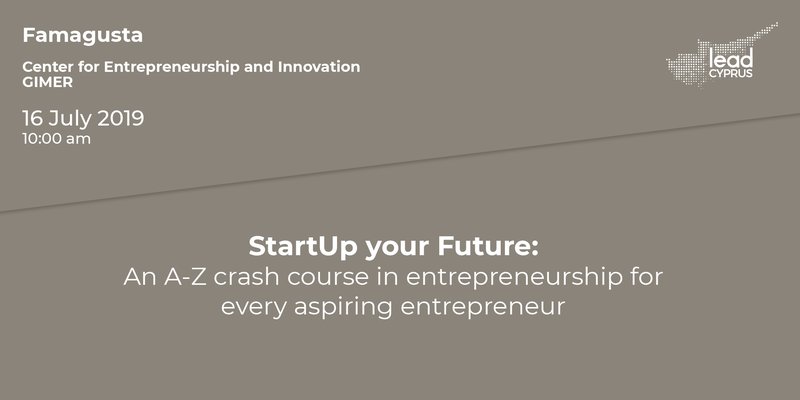 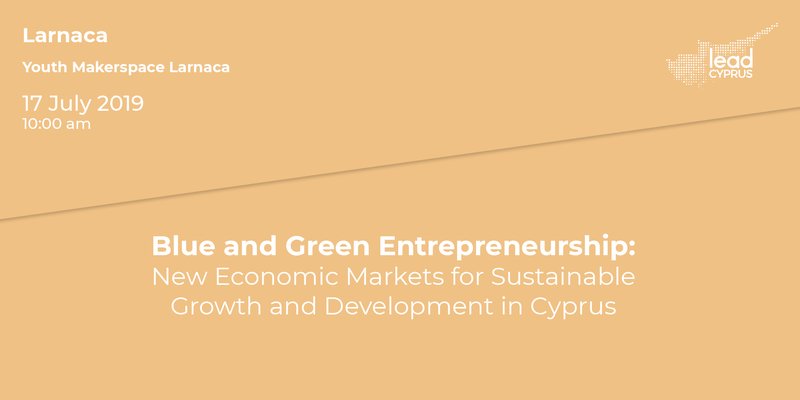 Limassol - Disinformation Battles: The Tools to Fight it in the Digital Era

Paphos - The StartUp Gateway to Europe 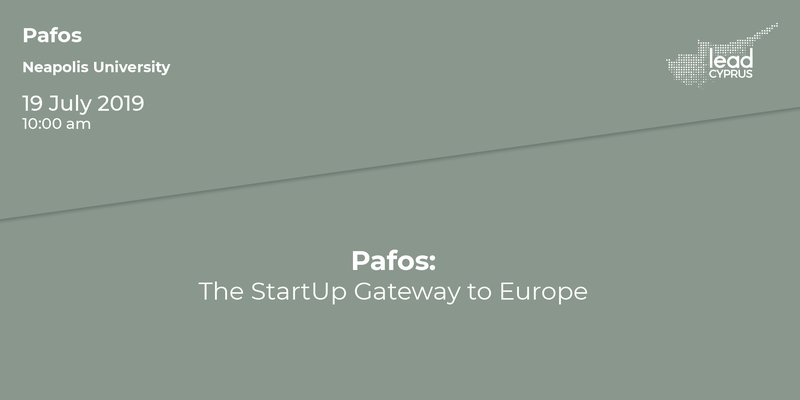 Nicosia - Connecting the Dots: Tales About Leadership & Speaking of Change

*the team is working hard to livestream everything for everyone that is unable to participate!