Jump on the Bus 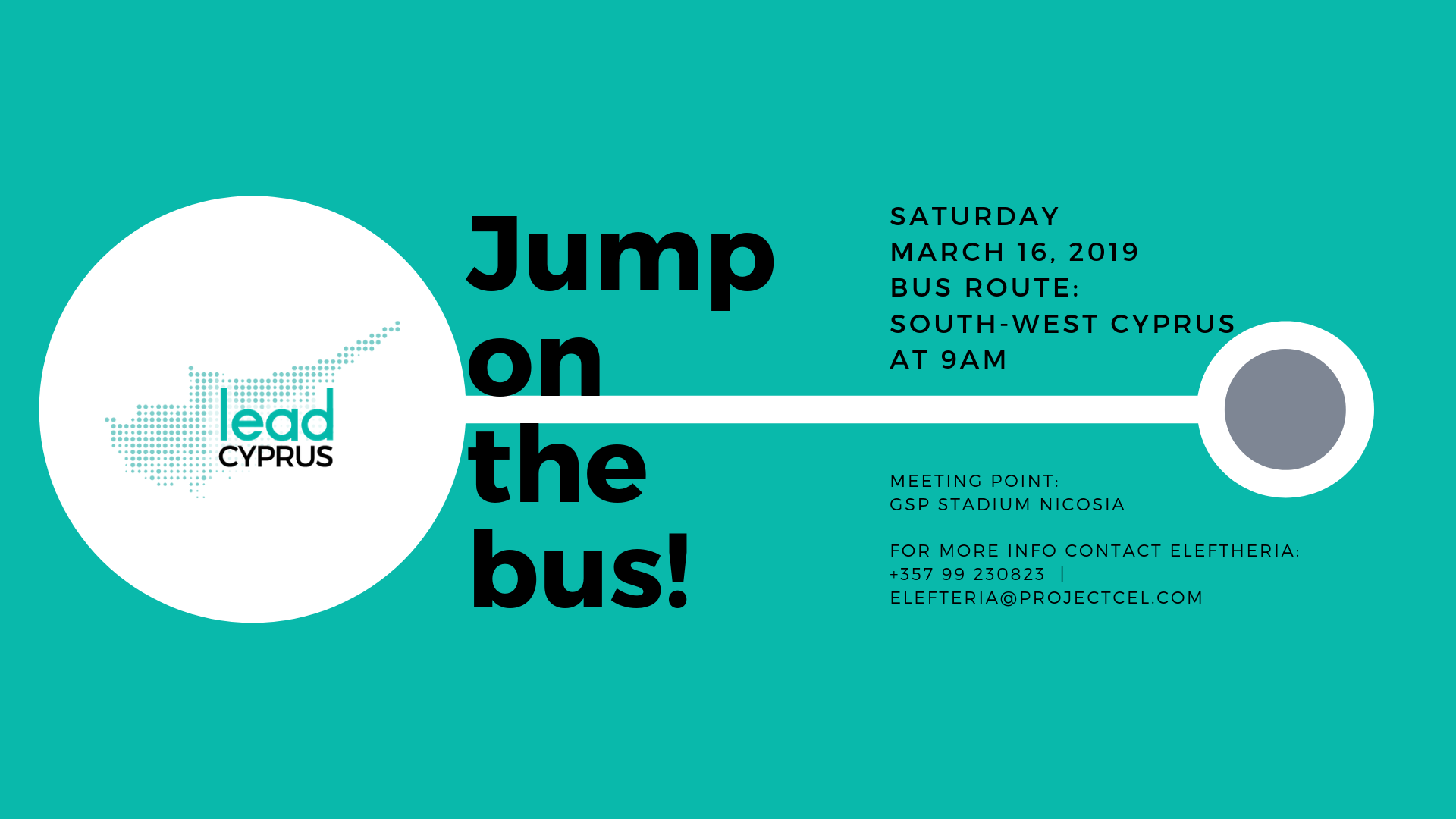 It’s been a wild ride on and off itself working to set up a project as massive as Lead Cyprus, especially when all you want to do is to meet, speak with, and listen to people and their awesome ideas all around the island, as well as gather their feedback. Yet, there are still two more wild rides we want to embark on, because the reality is that it is impractical to meet everyone across an entire island one at a time. [Enter] Jump on the Bus - the most challenging and unconventional idea we’ve had so far (until we have to run multiple events in 6 cities at the same time!).

The first Jump on the Bus ride will take place on the 16th of March beginning in Nicosia and heading South to Limassol and then West to Pafos. Weather permitting, we will be able to close the first circle via the mountains and back to Nicosia.

Our goal? We want to meet as many interested stakeholders as possible (relevant organizations and influencers) in all cities of Cyprus while doing our best to connect people and organizations along the way in order to better understand and learn how they can be part of Lead Cyprus and contribute to this dialogue.

So - whether you are representing your organization or are just simply interested in learning more about Lead Cyprus - join us at a meeting point in one of the cities and jump on the bus with us!

To join the first Jump on the Bus on March 16, please reserve your seat here

FYI - The second Jump on the Bus will follow on the 23th of March with the North - East route! Tune in for more info by signing up or by becoming a volunteer for Lead Cyprus. Hope to see you there!

Until the 16th of March!